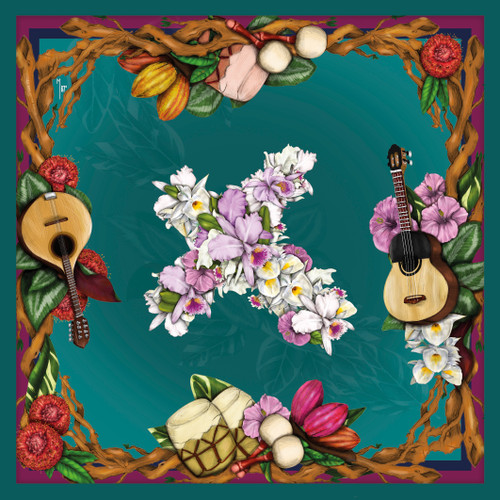 "El Velorio de Cruz de Mayo" or "Fiesta de las Cruces" is a cultural-religious manifestation from Spain, and is celebrated in many countries of Latin America. The origin is to commemorate the discovery by Saint Helena, mother of Emperor Constantine, of the true cross of Jesus Christ on his pilgrimage to Jerusalem. When Emperor Constantine I confronted the Barbarians on the Danube, in a victory that was impossible to believe due to the large size of the enemy army. Constantine, before the battle had a vision of a cross in the sky with the Latin words "In hoc signo vinces", with this sign you will conquer. On his return he was baptized in the Catholic religion and his mother Santa Elena went in search of the true Cross. Although there are other theories of older origins of celebration of the spring, it is considered that it was a catholic adaptation of these pagan celebrations. In Venezuela it has been celebrated for more than 150 years, on May 3rd  its celebration begins and it can continue every Saturday in May; In private homes and churches, special altars are prepared for the cross, where it is dressed / decorated especially with the orchids, it is lit up, offerings are made and promises are requested. Originally it is an agrarian festival where nature is paid homage and the Cross is asked for a good harvest, as it is linked to the rainy season, it is also considered by some scholars as a symbol of fertility. In 2014 the Cruz de Mayo in its Diversity was declared as Cultural Heritage of Venezuela. Tradition says that the state of Miranda has the loudest beat of the drum than any other place, but it is not danced because it is a cult of the cross, however, it is sung all night. For that reason, it was called a wake, because the tribute lasted until the candles were gone, or in that case, from the night until dawn. In 2014 the Cruz de Mayo in its Diversity was declared as Cultural Heritage of Venezuela. Meridiano 67 ° chooses this festival as a point of syncretism of three cultures, the Spaniards, Africans and the South American indigenous people. Elements that merge, grow with strong, fervent and passionate roots, with prayers, couplets, celebrations led by cuatros, mandolin, maracas to the sound of traditional music.