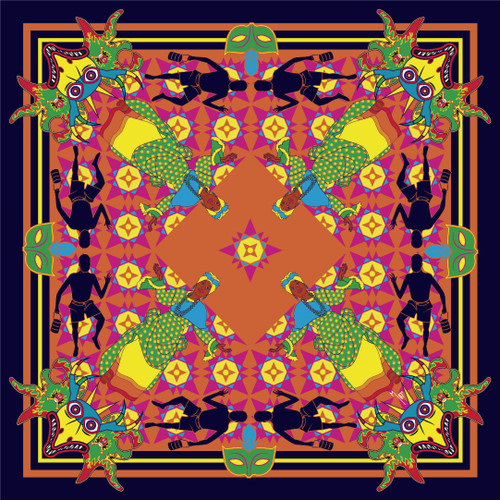 El Callao carnival is one of the most joyous festivities that is maintained in Venezuela, it is celebrated in the town of El Callao in the east of the country. This holiday is a cultural practice that is related to the emancipation festivities called “Cannes Brulées” / “Canboulay” that take place in the French-speaking Antilles. From January to March, this traditional festival brings together more than 5000 people who parade dressed as historical or imaginary figures. The parades are carried out by "the madamas", Antillean matrons who are considered authentic pillars of Callao's identity because they are considered bearers and communicators of the community's cultural values, they dress in very colorful costumes and garments. Other characters of the carnival are:  the "mediopintos", young people who amuse the public by smearing with soot those who refuse to contribute with a donation, the "miners"; and the "devils", masked characters who dance with a whip to maintain order. Latin America is so culturally rich that this festival represents the Afro-Caribbean heritage, mix and legacy, they dance to the rhythm of the calypso, a traditional Caribbean rhythm that came to Venezuela thanks to the islanders and that was mixed with styles such as socca and reggae to brighten the holidays by creating a beautiful cultural and musical syncretism. The carnival of Callao and the music of the calypso was declared a Cultural Heritage of Venezuela and the music of the calypso was included, a musical rhythm that was born at the beginning of the 19th century, with compositions made in other countries and brought to this land by immigrants and later adapted to the national folklore. The Callao Carnival was inscribed in 2016 on the Representative List of the Intangible Cultural Heritage of Humanity. Meridiano 67 ° brings us the design of "Carnavales del Callao" to be worn in a festive, picturesque and self-confident way as the "Woman of Callao".